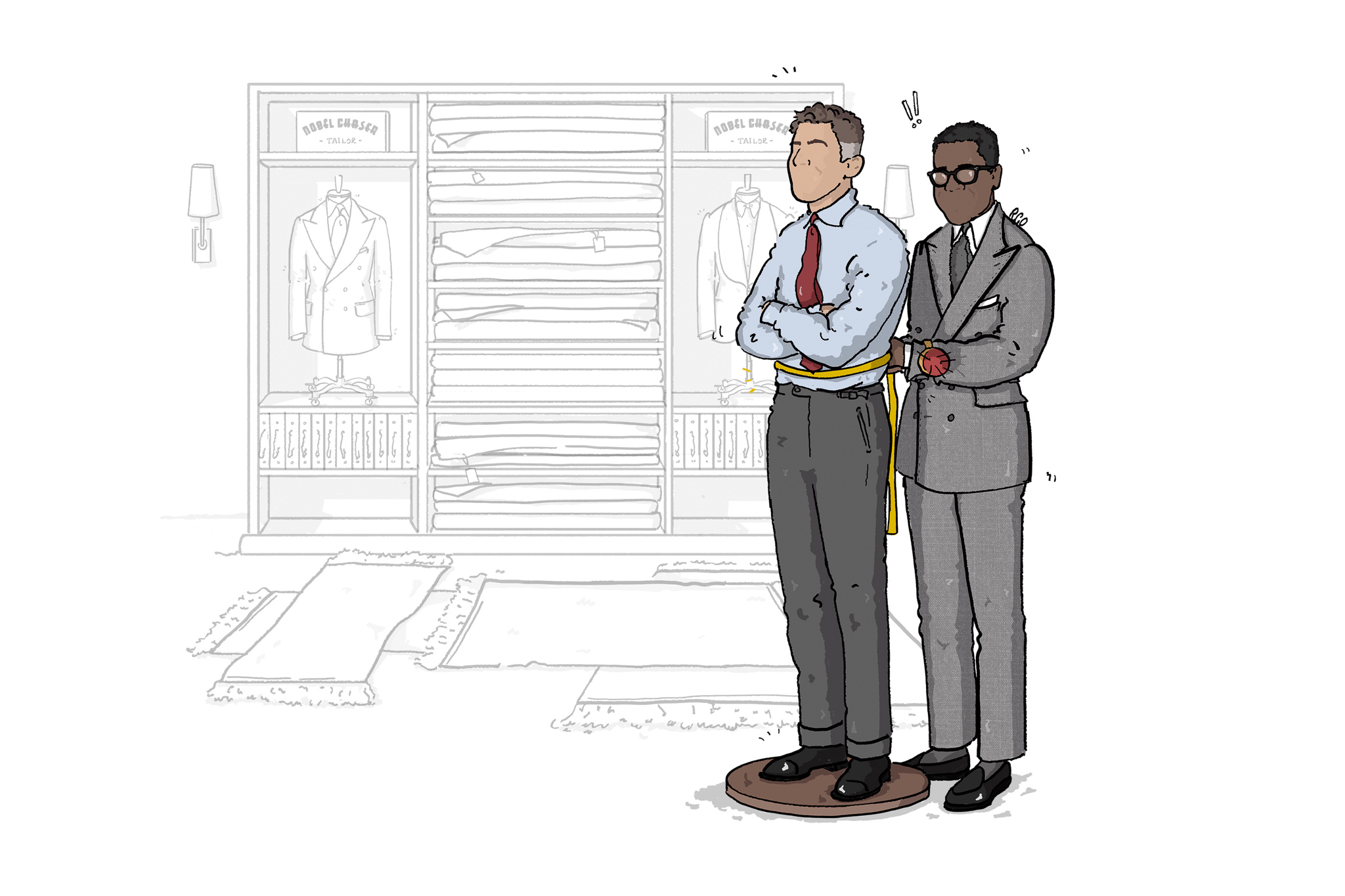 – “Well, I’ve been extremely busy dealing with constituents, but with the new mayoral elections coming up it was time I came and had a visit with Jesus Christ himself.”

– “It’s just a joke,” he says as he chuckles, but then continues “well, while I’m joking, let’s just say Jesus turned stone to bread and you’ve turned some seedy characters into respectable looking gentlemen.”  Mayor Sacks looks at his watch before continuing”Well, I have to start preparing for the new campaign and we all know the better you look in this town, the better chances you’ll have to get elected.  I remember when I first stepped into the political arena my mentor told me if you can’t baffle them with brilliance, befuddle them with bullshit… a $5,000 dollar suit will befuddle without having to say any words.”

Mayor Sacks sat down while I reached for my measuring tape and poured from the bottle of cognac that was always available for the clients regardless of the time of day.

– “Hey, for the first suit let’s do navy blue and pinstripes.  My campaign this season will focus on business and getting the economy right.  Nothing beats a pinstripe suit when talking numbers. Truth be told after the few recent articles printed in the media about some of my appointees taking money from the school districts, I really need to look like that was a minor business mishap, the pinstripe suit will do the job, the voters will eat it up… they always do.”

As I often do with Mr. Sacks, I nodded, told him to lift up his arms (while arresting him up in my head) and smiled

– “We’ll make sure to have the armholes wider so you’ll have more flexibility, you’ll need it when you raise your arms in victory (or when the police come knocking at your door).”

Whispering the end of the sentence under my breath.-

-“Did you say something Chaser?” 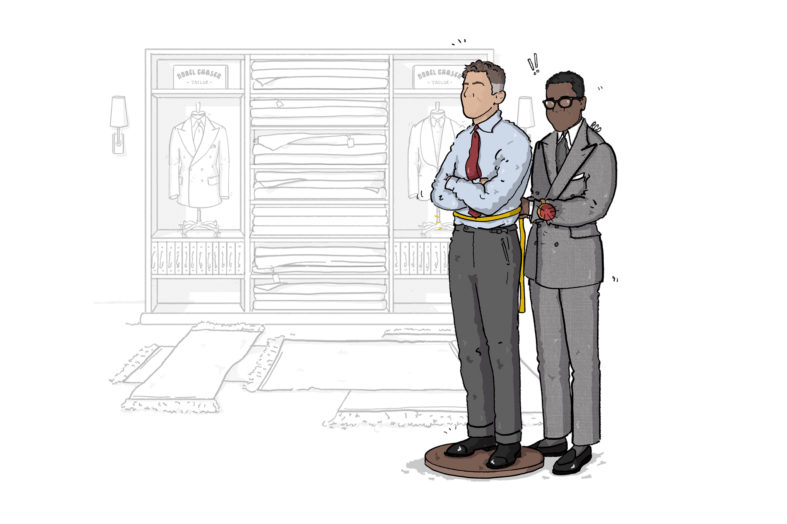